Dogs age at a different rate to humans, but the popular belief that one human year is the same as seven dog years is far from accurate! If humans aged seven times more slowly than dogs, many of us would be capable of reproduction from when we were seven years old, and of living until we were 150!

Although the origin of the seven year myth is unknown, we know that man has been looking for a way to compare human years with dog years since the 1200s. An inscription in Westminster Abbey in London, dating back to the year 1268, in fact states that one human year is the equivalent of nine dog years. The seven year rule, for its part, appears to be much more recent. A veterinarian from Kansas State University explained to the Wall Street Journal a few years ago that it could have been a marketing strategy: “It was a way to encourage owners to bring in their pets [to the vet] at least once a year.” But in fact it’s a little more complicated than that.

The reason why our four legged friends reach sexual maturity after just one year of life is because they age more quickly than humans during the first two years of their lives. The smallest breeds tend to mature sexually more quickly and to live for longer than larger breeds. Compared to humans, dogs age more quickly at the beginning of their lives, but also more slowly towards the end. It is thus difficult to calculate your dog’s age in relation to your own, but that is not to say that it is impossible.

As the smallest breeds tend to live longer than larger breeds, it is important to calculate your dog’s age based on the correct category: small (9.5 kg or less), medium (9.6 to 22 kg), large (23 to 40 kg) or giant (over 41 kg). This little table should help you out: 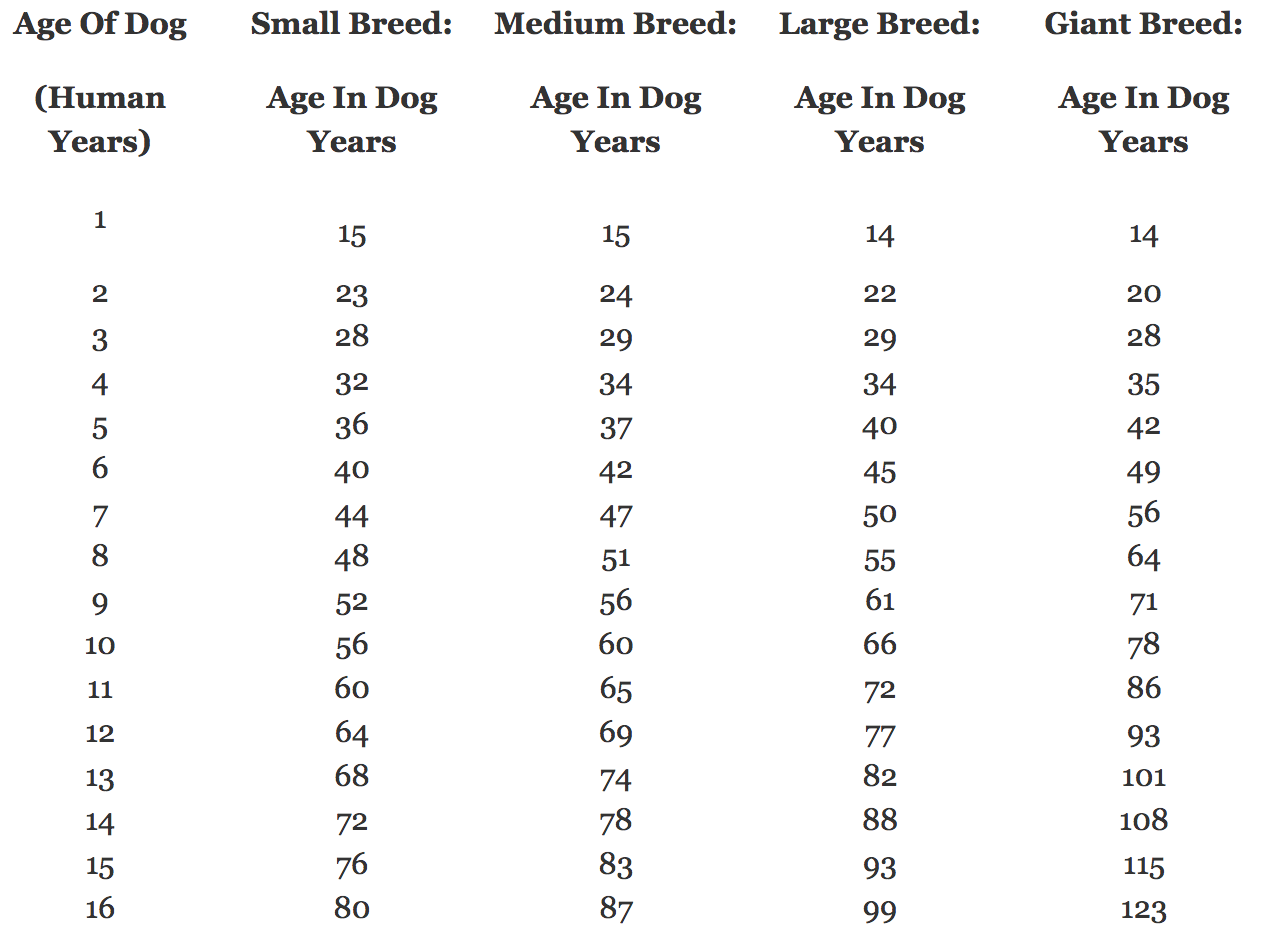